The striking Asus Zenfone 9 has been announced and Motorola comes with a new budget phone. New Android malware has also been discovered. This is the most important Android news of the week.

Asus Zenfone 9 official: compact, powerful and perfect for one hand

Asus already let you know with the Zenfone 9 and now it is finally presented the device. Like its predecessor, the
Asus Zenfone 8, it is again a small , but powerful smartphone. The screen is only 5.9 inches, making the phone relatively easy to operate with one hand. The resolution is 2400 by 1080 pixels and it is a colorful AMOLED screen. That refreshes a maximum of 120 times per second, but you can also set the frequency to 60 or 90 times to save the battery. On the side you will find the ZenTouch button, which also functions as a fingerprint scanner. You can also use it to scroll through websites or, for example, to quickly open an app, start the flashlight or skip through music tracks.

→ Read more about the announcement of the Asus Zenfone 9

OnePlus 10T fully leaked: you have to know

The OnePlus 10T has no more secrets: the new device, which will be presented on August 3, has been completely leaked. The website PriceBaba managed to get their hands on all the specifications of the smartphone. Many of them had already come out before. The most important achievement is the charging speed. That is no less than 150 Watts, so that the 4800 mAh battery must be fully filled within fifteen minutes. After five minutes you are already at 50 percent. This charges the 10T faster than the (more expensive) OnePlus 10 Pro , which has to make do with ‘only’ 80 Watts. The processor is also faster. The new phone runs on the Snapdragon 8 Plus Gen 1 chip. That’s a souped-up variant of the regular Snapdragon 8 Gen 1 that’s in the Pro model. 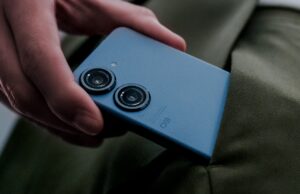 Dozens of popular Android apps contain malware. Among other things, this malicious software is capable of stealing money from victims. Together, the malware apps have been downloaded more than 300,000 times. This is apparent from research by cybersecurity company Zscaler. The firm investigated Android malware and found the malicious software in 52 Android apps. These have since been removed from the Play Store by Google, but may still be on victims’ phones. Together, the apps have been downloaded more than 300,000 times, with some apps being downloaded tens of thousands of times. Malware is an umbrella term for malicious (smartphone) software. For example, some variants are out to collect personal information.

→ Read more about the malware in popular Android malware

The Motorola Moto G32 has already surfaced in rumors and has now been officially presented. The budget device follows the Moto G31, a phone that has been available since December last year. The new Moto G32 comes in two colors (black and silver) and costs
229 euros costs, as can be seen on the Dutch Motorola website. The Motorola G32 has reasonably smooth hardware. Under the hood, for example, is a Snapdragon 680 processor with 4GB of RAM and 128GB of storage. It is important to know that the processor cannot handle 5G Internet, but only supports 4G connections. That makes the Moto G32 a bit less future-proof.

the announcement of the Motorola Moto G32 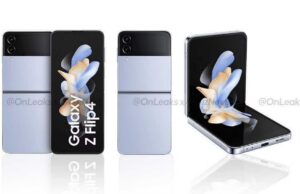 ‘See: These are all four colors of the Samsung Galaxy Z Flip 4’