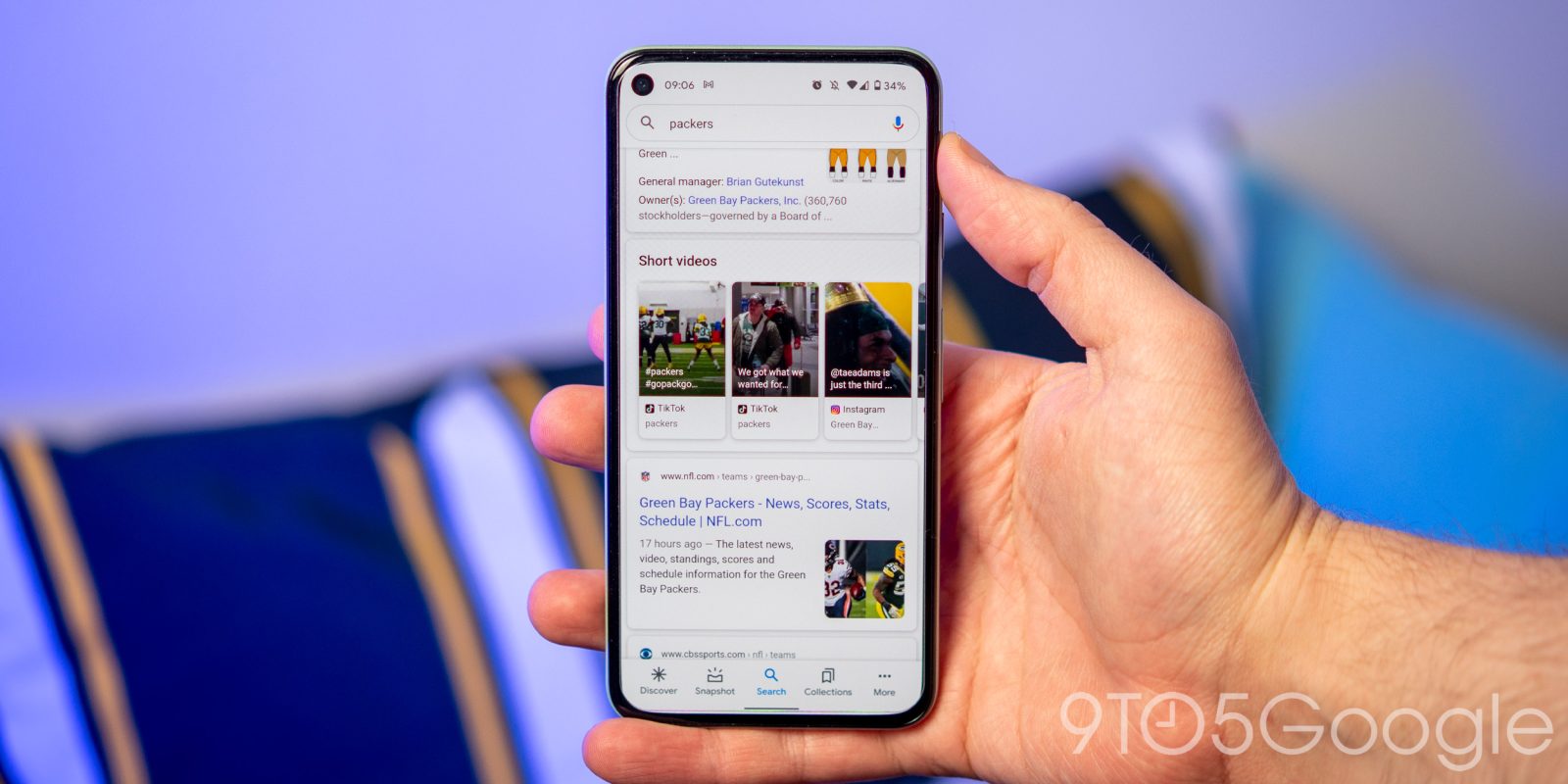 Back in 2019, Google added a favicon to every mobile Search result and unsuccessfully tried to do the same a year later on desktop. Google is now testing a mobile Search tweak that uses large favicons and gives more prominence to site names.

In the top-left corner, these noticeably larger favicons are housed in a white circle as the site name appears next to it. The path remains but now appears underneath in a secondary position. When there are multiple (grouped) results from the same site, the other page just shows a path, which is also the behavior today.

These large icons do catch your eye and are also appearing in Google Discover on Android, though without the circle. On the content feed, it replaces how favicons and site names appear at the bottom of cards after cover images and headlines.

That said, this new look for mobile Search is severely undercut by the low-resolution nature of the vast majority of favicons on the web, especially as phone screens are quite sharp these days.

The change in Search has been in testing (especially with Incognito queries) for the past several weeks, but is not yet widely rolled out, while the Discover tweak is more limited.

It comes as Google tried to bring favicons to desktop Search results in 2020. The design was criticized for making every result look like an ad and the company backtracked. At the time, Google said favicons were “well received by users on mobile screens” given that it “helps people more quickly see where information is coming from.” The large size should only aid that cause.

Dylan Roussel contributed to this article.