Moreover, the new method can not only help in the production of energy.

Humanity will need renewable energy sources more and more, so it is no coincidence that there is already huge interest in the British Pavegen startup. The company was founded by Laurence Kemball-Cook six years ago when, while working on a public lighting project using solar energy, he was thinking about how to deliver energy to places where there is constant shadow – writes the hvg.hu. We would like to note here that the solar panel that works even in the dark has been developed since then, but this in no way detracts from the value of Kemball-Cook’s idea.The founder of Pavegen realized that energy can be extracted from a city where the sun does not necessarily shine, but there are a lot of people walking.

I invented a paving slab that converts the kinetic energy of steps into electricity. Every time someone steps on one of the paving slabs, 7 watts of electricity is generated. The energy is stored in batteries, and when needed, the public lighting is operated with it

– explained Kemball-Cook in an earlier interview given to the British newspaper The Guardian.He installed the elements for the first demonstration illegally in 2009 in order to present the technology to future customers, but since then he has been working with companies such as Coca-Cola or Siemens, but Pavegen has already installed paving slabs at Heathrow Airport and plans similar also to the White House.

Smart pavers only operate the lighting when people are in the area (Photo: Unsplash/Sincerely Media)A big advantage of the system is that it can detect when people are walking in a certain area, so the lights will only be on as long as they are needed. 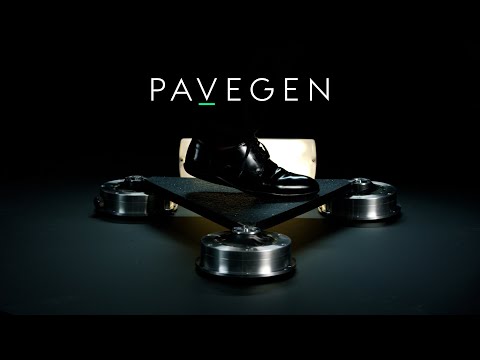 )In addition, since it is a digital system, smart pavements can also analyze the routes people take, which can be valuable information for, for example, a hypermarket or a shopping center, which can also save significant energy costs.

We have more to tell you, you can find all the interesting things here!